The app’s UI has been modified to resize and realign text making it easier to read. 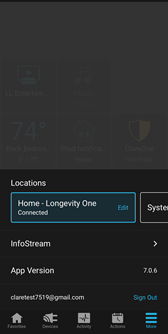 When entertainment buttons are pressed, they become opaque for the length of time they are held. Upon releasing the button, they return to their normal appearance.

The following issues have been resolved in this release: